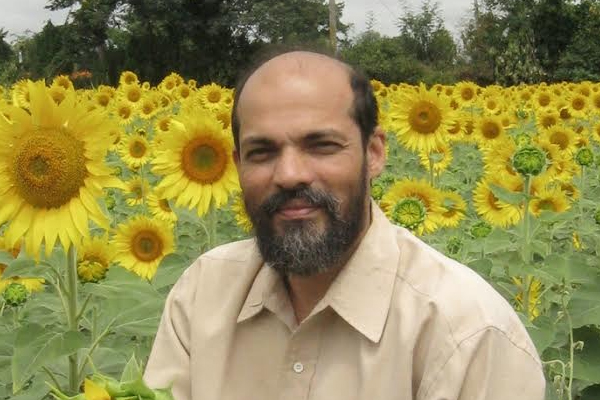 C. F. John, one of southern India’s promising artists, is an ardent nature lover. His native state of Kerala and its lovely landscapes have enriched the artist’s visual angle. Apart from being an artist, he is also a social activist; he has lived and among the tribal people. The artist finds his inspiration from those who are close to nature.

Becoming an artist was a long cherished dream for him. He was obsessed with nature since his childhood, gazing at the twinkling stars at night, going fishing after midnight appealed to his artistic sensibility. Being with nature gave him a solace. For him nature was always the driving force of energy, an energy that he had experienced in the lap of nature.

He seeks to define the relationship of art with time and tries to find out whether or not art is bound by the present? John’s works have several pathways for longer journeys, not essentially visual but physical, belonging to different times, spaces and eras, all at once, according to the viewer’s preparedness.

In one of his projects titled ‘Walls of Memories’ he collaborated with fellow artist T. M. Aziz and dancer Tripura Kashyap. This project was centered around two dried up wells at Visthar on the outskirts of the city near Narayana pura village, Bangalore

According the artist, an unused car can be dismantled and sold as spare parts, a ruined building can be demolished, but what do we do with a dry well? Is it an empty space to be filled or a space filled with memories?

“My works are contextual but not topical,” he says. His work has a freshness that is not constrained by academic intrusions. John’s approach to his work is devoid of canonistic estrangements and is derived from a thought process based on his socio culture activist tendencies –refined and sensitively filtered down to basics. This approach has created a body of works that seeks an imagery that is positively individualistic.

Since 1986 C. F. John has been organizing Art workshops and exhibitions on specific themes such as ‘the violence of modern-day living’, the worlds views of indigenous communities,’ celebration of cultural pluralism,’

The recent series of paintings C. F .John working on is titled ‘Four Corners of a Line’.

The paintings from ‘Four Corners of a Line’ focus on the negotiation and balancing we make with gravity and speed. This negotiation and balancing is a metaphor for human relations, connecting one another and with the earth. In this balancing act or connectedness we experience and celebrate beauty, love, understanding and freedom. This is the balance of planes, of geometrical lines and shapes, as well as of the rational and emotional in human existence. Here the emotions that are dynamic also meet with its stillness / silence.

Some of his major exhibits include a solo show at Alliance Francaise, Bangalore (1991); ‘Celebrating Cultural Pluralities, workshop and exhibition of spiral painting, Ravindrakalakshetra, Bangalore (1993); ‘From the Nether, the ceaseless Dance,’ collective works, Kochi, Kozhikode and Kunnur (1993); Silence of Furies and Sorrows, workshop and exhibition of installations, Venkatappa Gallery, Bangalore (1995); solo Show in Mainz and Saarbrucken, Germany (1997). Apart from this he had his shows with other artists in France and London too. He also had his shows in Indian Habitat Center as well as Siri Fort Auditorium, Delhi. 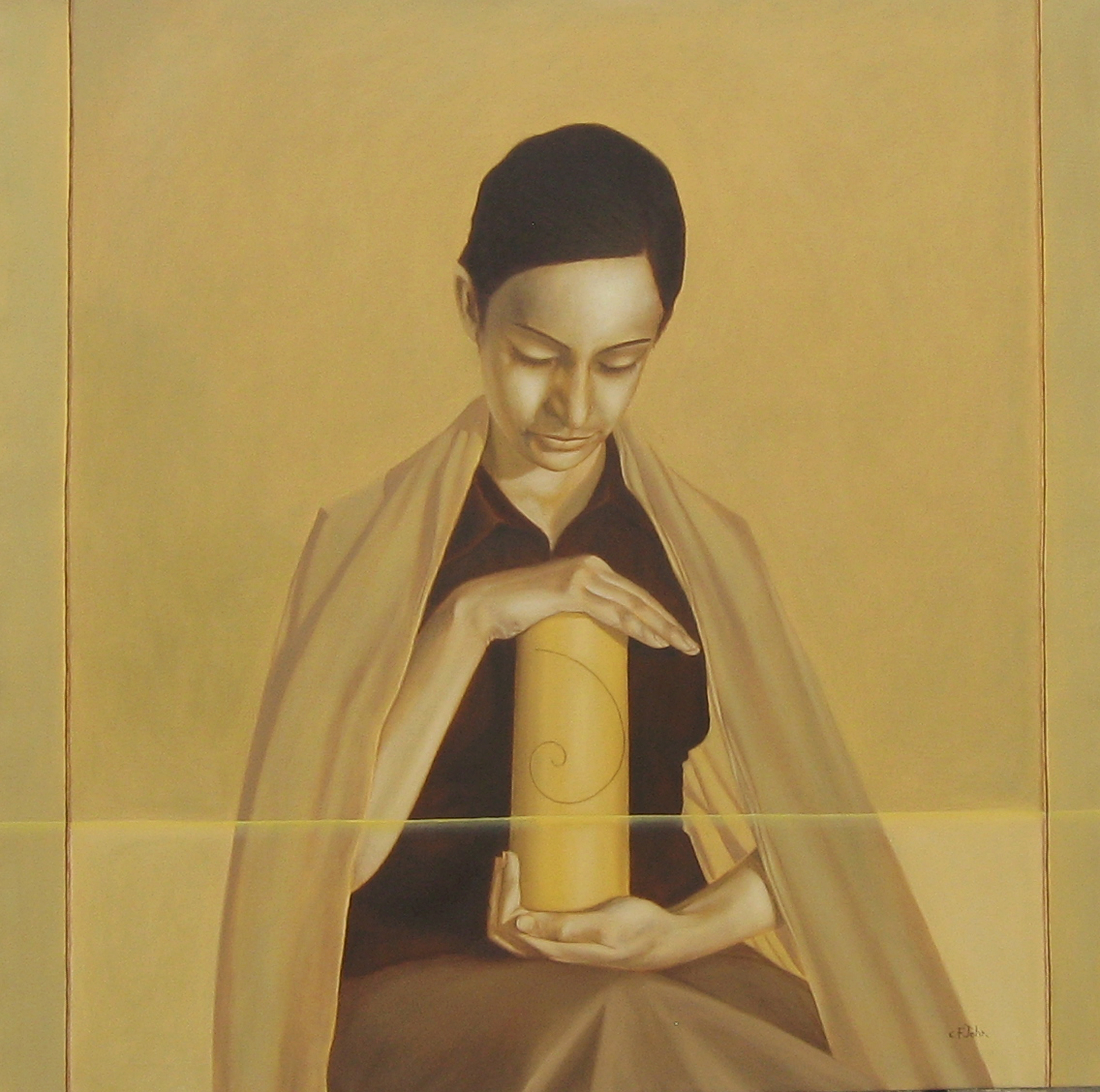 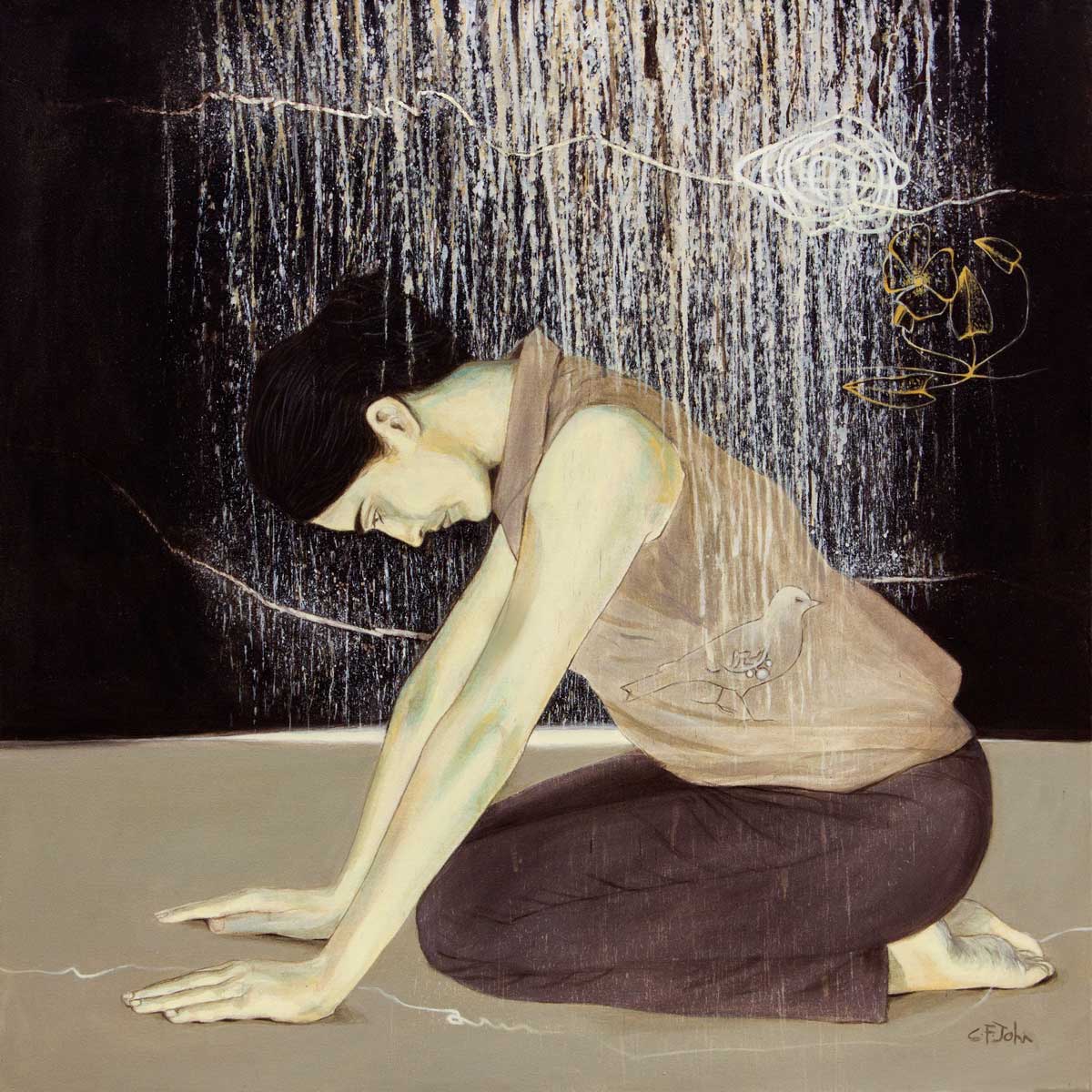 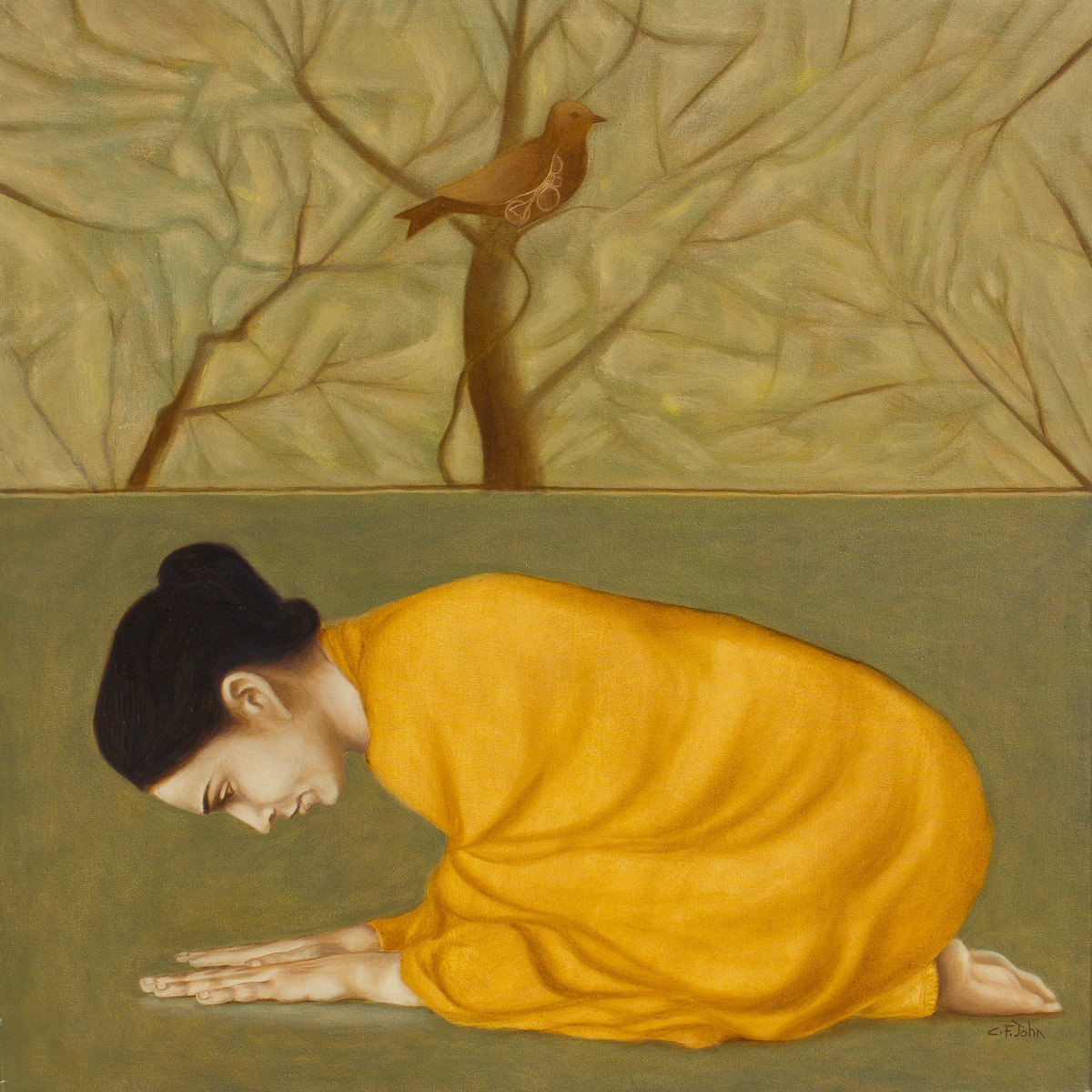 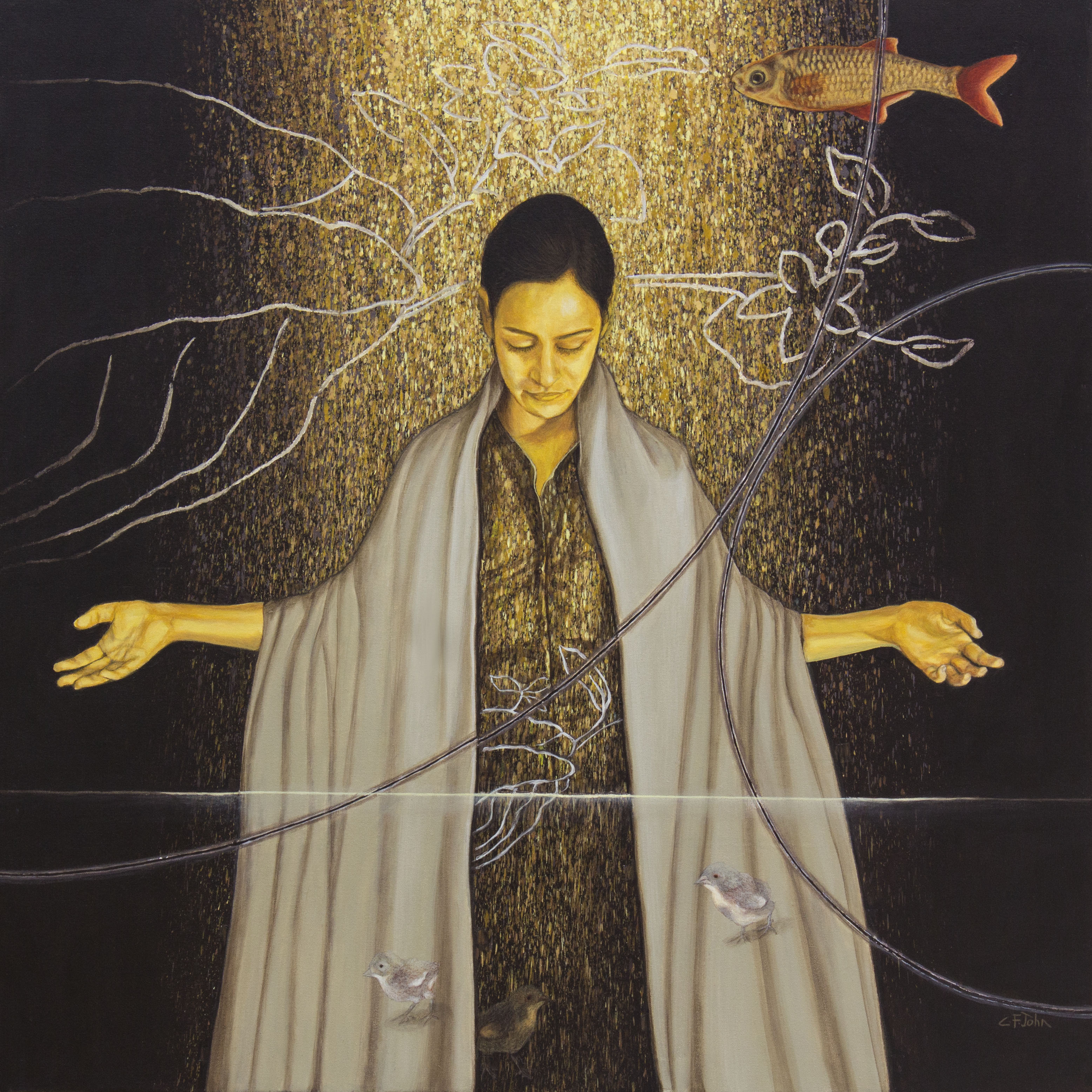