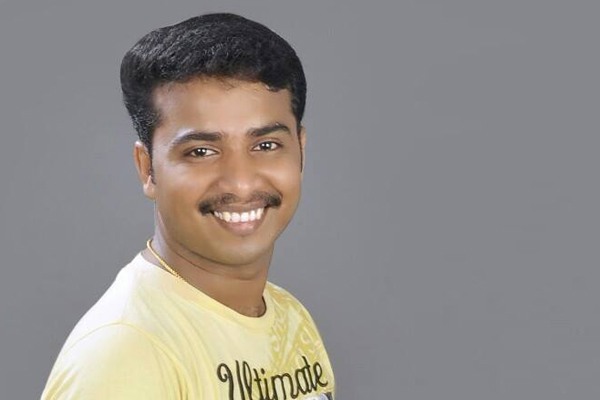 Vipin Nath PM is yet another creative marvel from cultural heritage land of Payyoli. He is an expert in Kavadiyattam and Nadha Swaram. Vipin Nath, marks his own place in the cultural Kerala.

Born to Viswanathan and Rama on 30th May 1987. He earned his education from GVHSS Payyoli. He trained music under MT Sivadhasan, Satheeshan Nambhoothiri and Kavumvattam Vasudevan and Nadaswaram under Kalappurakkal Unnikrishnan. By profession, Vipin Nath is a tailor.

TV television programs increases his popularity. Vipin Nath is one of the finalists of Gandharva Sangeetham, telecasted by Kairali TV. Vipin Nath was an active participant in Kairali TV Manimelam Musical Game Show, (100 Episodes) which was blessed with the presence of Kalabhavan Mani.

Vipin Nath showed his talents also in Flowers TV Comedy Uthsavam. He is performing stage shows and programs, inside and outside India. Member at SAA ( Professional Singers Association)