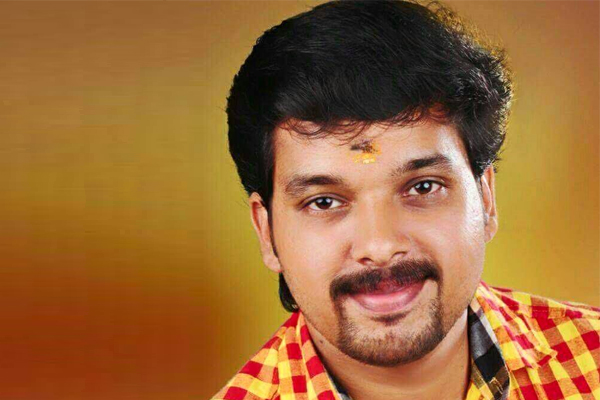 Sreejith Krishna is an accomplished musician of Kerala who has been working in the field for the past 18 years. Gifted voice and expertized music direction won him his own space in the field

Sreejith Krishna, started his musical journey from album songs and later on, he appeared in many professional dramas and devotional albums. He had a great opportunity to accompany P Jayachandran and Madhu Balakrishnan in devotional albums, ‘Bhaje Krishna’ and ‘Sree Shabareesham’, respectively. Sreejith Krishna has been lucky enough to give voice, to the debut appearance of scholarly Musician, Kaithapram Vishwanathan, as an actor. Member at Rhythm Cultural Forum.

In 1998, he received Kerala Sangeetha Nadaka Academy Scholarship. Bagged first prize in Light Music competition conducted by Akashavani, Kozhikode, in 2001. He received Santha Devi Puraskaram, 2017-18 for the song ‘Amma Malayalam’ composed by Ramesh Kavil. He was one among the finalists of Patturumal, Mappilapattu Reality Show, in Kairali TV. He appeared as a guest singer in ‘Pathinalam Ravu’ reality show in Media One. Apart from Kerala, he exhibited his talent in many foreign places like UAE, Bahrain etc, as well as in Lakshwadeep. Member at SAA ( Professional Singers Association).

Sreejith Krishna had done the music direction and had given the voice to the song, ‘Ente Achan’ which was a celebrated one in Social Medias. He also took part in many reality and stage shows. At present, He is working at Bharatheeya Vidyabhavan, Koyilandi.