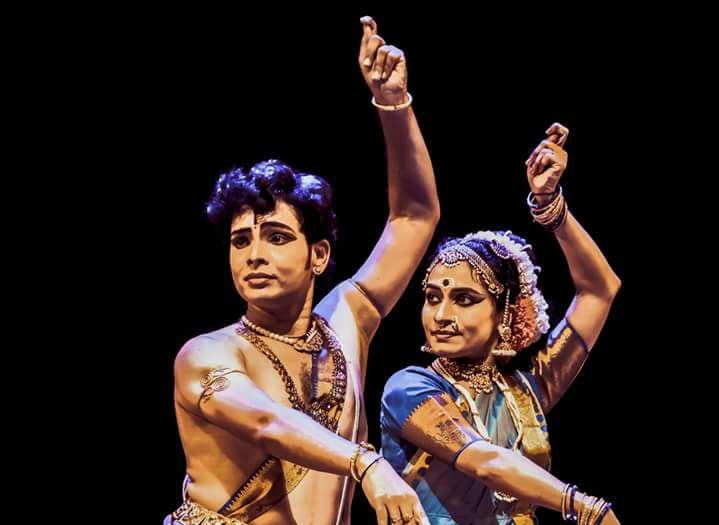 Kuchipudi is an art form that has its roots from the village named Kuchipudi, of Krishna District, Andhra Pradesh. The culturally flourished and embellished land gave enough reasons for the art form to be vivacious, vibrant and divine in its character. Kuchipudi is a male oriented art form, which was performed by the male members of the traditional performing clans of the village – Kuchipudi. Initially, the form followed a dance – drama format, which was known as the Bhagavatha Mela Tradition and its very nature of being a male oriented art form was instrumental in incorporating many female impersonators in the form. This was the scenario of Kuchipudi prior to 20th century, but later, the first half of 20th century saw the rise and initiation of female artistes to the form and this period could be termed as the real arena of transformation. The form was transformed from Bhagavatha Mela Tradition to solo repertoire and the popular duo performances. This has paved way to bring in the aura and spell of the form in the prescribed format as well as perform the form in a cast shell rather than the larger than life format of dance drama.

P Girish Chandra and Devi Girish are duo artistes of Kuchipudi , who created their own niche in the field of Kuchipudi tracing, together, a performing career of more than 9 years and individually more than 15 years. Girish and Devi are Empaneled artists of Ministry of Culture, Govt. of India, and have been graded as “Promising Category Artists” to work with the Ministry of Culture in the ” Festivals of India Abroad” as part of focused strategy for strengthening International Cultural Relations and enhancing India’s soft power. Recently they completed their International performance series in Mandalay and Nay pyi Daw at Myanmar. The performance and team were led by Girish and Devi for their production named “Arjunah Dasanameeyam” and was premiered in the Festival Of India, Myanmar at Mandalay on 13th Aug, 2017 and Nay Pyi Daw on 15th August 2017. The festival is conducted by the Ministry of Culture, New Delhi under the umbrella term Festival of India, Abroad, a project for strengthening International cultural relations and enhancing India’s soft power on the eve of the 70th Indian Independence Day celebration. The production is originally designed in Sanskrit language and it is a traverse through the essence of Mahabharatha through ten names of Arjuna. The performance at Nay Pyi Daw is the first performance ever staged in the capital city after its formation in 2005. And they are fortunate enough to have felicitated by H.E. Aung Sann Sui Kyi, the nobel laurete, herself for their performance on 15th August. 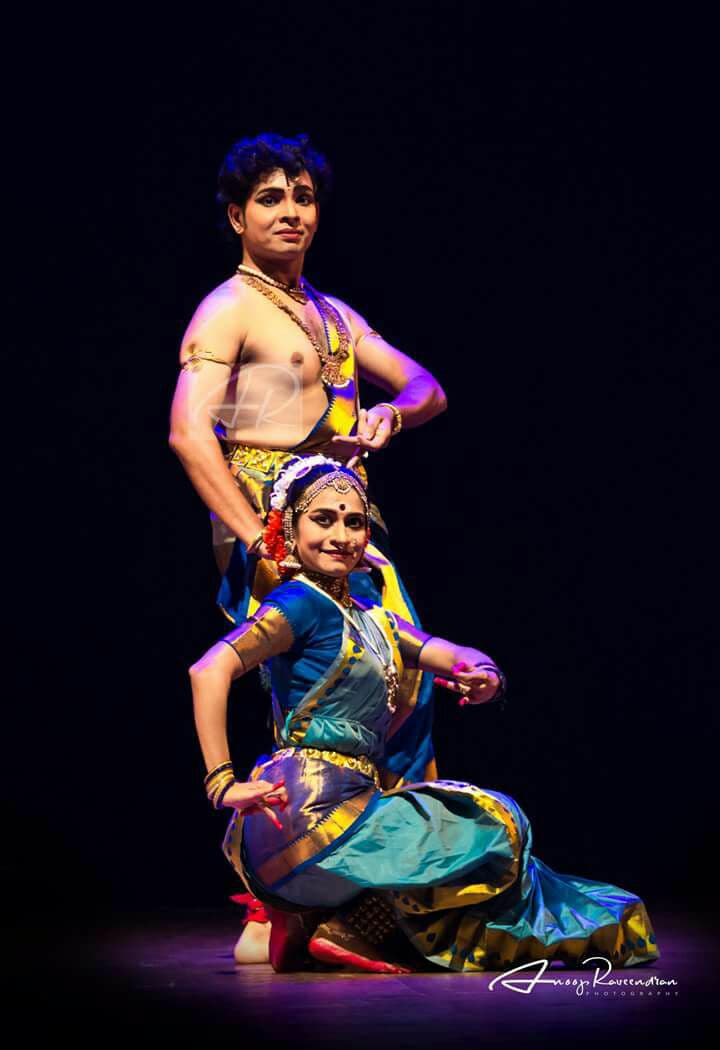 They are graded artistes of Doordarshan. The duo initiated their performance in the prestigious Uday Shankar Dance Festival in Kolkata in 2009 and the rave reviews brought in many such festivals to their performing career. They are the founder members of Aathmakalpa Kuchipudi Nrithyagram, where they impart training in Kuchipudi as well as focuses to accentuate the minute nuances of the art form propagating its beauty. Girish and Devi did their Masters in Performing Arts, specialising in Kuchpudi from University of Hyderabad under the astute guidance of Prof. Jonnalagadda Anuradha. Girish completed his Certificate course in Kuchipudi and Diploma in Yakshaganam from Sri Pottisreeramulu Telugu University. He was initiated into dance under the guidance of Dr.Vedanatam Ramalinga Sastry, and both of them furthered their training under the tutelage of Prof. Jonnalagadda Anuradha. In the course of time they have developed their own repertory in Kuchipudi, which is well acclaimed . They, along with their group, have travelled and performed widely across, both on national and international platforms.

The first international performance of Girish and Devi together was in China at the Festival of India under the aegis of ICCR under the guidance of Prof. Jonnalagadda Anuradha in 2010. 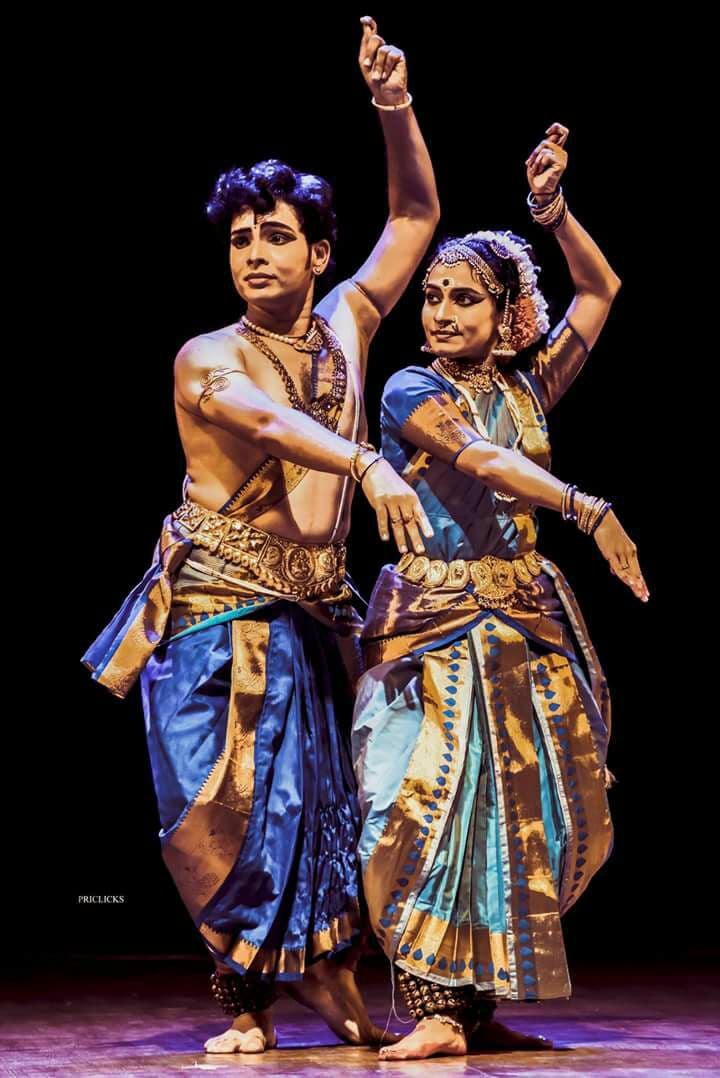 They have completed their performance tour with the Soorya Parampara Dance and Music Festival in Trivandrum and Rasavikalpam under the aegis of Kerala Sangeet Natak Akademi in Palakkad and Thrissur, in November 2015. They were part of the Dance Festival conducted by the Kalashakti Mandapam at Vaikkom, along with the performance they were invited to conduct lecture demonstration on the technique and technicality formulated by Guru Sri Vempati Chinna Satyam, in Septermber 2016. They performed for the Navrathri Dance and Music Festival conducted by South Zone Cultural Centre, at Srisailam, on October 2016. They were part of the Yakshagana festival, Natya Sampradhaya conducted by Sangeet Natak Akademi and IDRTC Centre, at AP Bhavan, New Delhi on October 2016. They were part of the auspicious Annual Dance & Music Festival of Karikkakom Temple in Trivandrum, Kerala on April, 2017. They performed for the “4th World Congress OFISACON – International Anaesthesiologists Conference” that was held at Hyderabad on 2nd September 2017. They performed for the International Conference on Photosynthesis and Hydrogen Energy Research organised School of Life Sciences, University of Hyderabad on 31st October, 2017. Their widely acclaimed performance that was staged recently was of the Soorya Dance and Music Festival’s Jugalbandhi series, perfromed on 9th December 2017.

Along with the performances, they have been invited to conduct Kuchipudi workshop by various performing centres in Kerala, where they deal with the technical and practical intricacies involved in Kuchipudi.

Girish and Devi together performed at many prestigious festivals including Uttar Purva Nritya Parva – A festival of dance in the North East, Organised by Sangeet Natak Academy & Dept. of Cultural affairs, Govt. of Tripura on April, 2015. They performed for the prestigious Ananya Dance Festival organised by the Ananya Cultural Forum and also for the Conference and Cultural Agenda of AP Science Congress 2013 organised by the Andhra Pradesh Akademi of Sciences (APAS).. They performed for the 12 th World Women’s’ Congress 2014 which was held in India for the 1 st time (2014) that focused on the theme “Gender in a changing
world”. They were also part of the Dance Festival organised by the Andhra Music Academy in Vizag. Girish’s performances range from the prestigious Purush Festival in Bhuvanaswar, Kalachakra Festival in Amaravathi, Flamingo Festiva l in Nellore and to Lumbini Festival in Hyderabad & Vizag. He is a recipient of Senior Scholarship of the Ministry of Human Resources Development , Govt. of India. He i s privileged and honoured to perform as Lord Shiva in the dance – drama Ksheera Sagara Madanam composed and choreographed by Guru Vempati Chinna Satyam and was performed under the guidance of Guru Vempati Ravi Shankar at Nupura Raavam Dance Festival in Hyderabad. 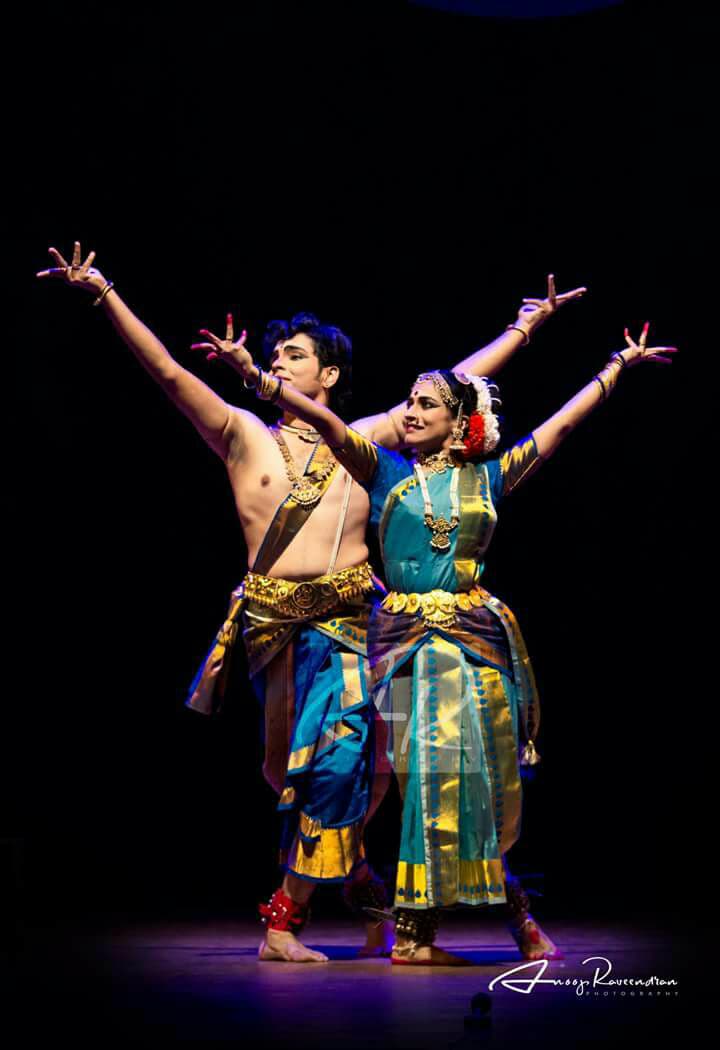 Devi furthered her academics with an M.Phil in Comparative Literature where her focus was to bring in the interdisciplinary attitude of dance and literature; the topic was Dance as Discourse: Revisiting the performances of Gollakalapam and Theyyam from University of Hyderabad in 2009. She is pursuing her Ph.D in Dance under the guidance of Prof. Jonnalagadda Anuradha. She is also a recipient of CCRT National Scholarship in 1998. She has qualified the National Eligibility Test (NET) for lectureship as well. Additionally, she has been granted Junior Research Fellowship in New Areas by the Ministry of Culture, Govt. of India. She has also worked as an Editor for the International Souvenir on Kuchipudi, Sujanaranjani–Kuchipudi Natyamanjari (2 nd International Kuchipudi Dance Convention 2010). She has presented a paper on Dance as Texts: Its Intertextuality in Interpretation, in the International Conference on ‘Diverse Harmonies: Literary and Cultural Confluences’ at University of Hyderabad in the year 2009.

Girish is an innovator par excellence, with an innate interest in the technical aspects supporting the classical dance form and Devi combines artistic presentation with an academic bend. With this combination, the duo together explore the intricacies of Kuchipudi, experiment with the body extensions, by relating it to the theoretical constructs and travel along the ascend as a learning journey. 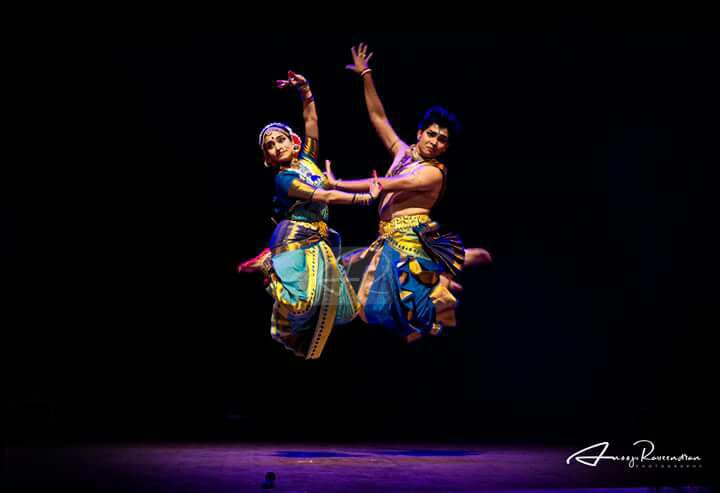 The choreographic works of Girish and the innovative choreographic ventures has set up a benchmark of its own in the creative space. Girish and Devi, along with Aathmakalpa Dance Ensemble , have given many performances of which Be Inspired was choreographed for the Tourism Department of Andhra Pradesh on the eve of the Conference of the Parties (COP 11) to the Convention on Biological Diversity. Still I Rise , is another production which incorporated the poems of the black poet Maya Angelou. This particular production was staged for the celebration of the 100 th year of Women’s Day by the Centre for Women’s Studies, University of Hyderabad. Manasi Nabhasi was composed for the inaugural session of In Vivo , an inter–cultural program organized by Alliance Franchise at Taramati Baradari. Choreographed and staged a thematic dance production Panchatantra for Sanskriti Educational Society in Hyderabad. He also choreographed Jala Dhara (dance drama) for National Green Crops, on the eve of World Environmental Day Celebration at Hyderabad. Additionally, he has dance – drama choreography as well in his kitty like Annamayya, Lakshala Lakshyalu, Pallelo Oka Roju.