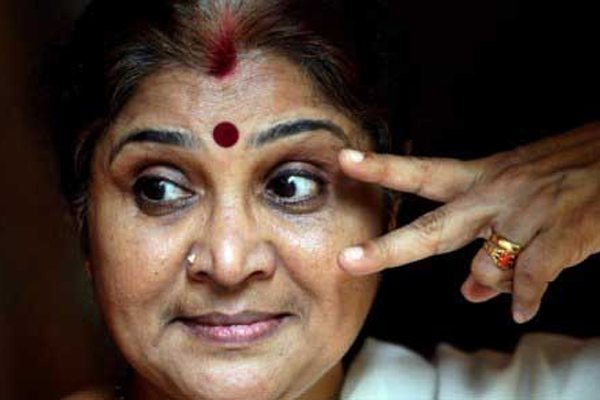 Classical Dancer
Kozhikode
Srimathi Kalamandalam Saraswathy is an institution by herself in Kerala , the south Indian state where she was born. Even if she had not founded Nrityalaya, she would have been revered as an exceptional Guru . Over the past three decades, hundreds of enthusiasts of the south Indian classical dances, such as Bharata Natyam , Kuchipudi and Mohini Attam , have learnt the nuances of these disciplines under her tutelage. So much so, in the minds of these disciples, the word “Teacher” is synonymous with Kalamandalam Saraswathy..Born into an orthodox Tamil Brahmin family in the village of Kuzhalmannam in Palakkad District, she moved to the north Kerala town of Kozhikode later, closer to her teen years.

It was her father, who first noticed Saraswathy’s keen interest in dance and music. Soon after her schooling Saraswathy was enrolled in Kerala Kalamandalam, Kerala’s premier institute for the fine arts, from where she emerged as a rank holding victorious student in 1964. Her training in Bharatanatyam under Guru Sri. Bhaskara Rao and in Mohiniyattom under Smt. Kalamandalam Satyabhama inspired the young dancer to pursue her education in Chennai which is considered to be the cultural hub of South India. Saraswathy was trained under eminent Gurus like Dr. Padma Subrahmanyam, Smt. Chitra Visweswaran, Prof. Sudharani Raghupathy, Swamimalai S.K.Rajaratnam Pillai and Smt. Kalanidhi Narayanan in Bharatanatyam. She also furthered her knowledge of Kuchipudi under Dr. Vempati Chinna Satyam and in Mohiniyattom under Smt. Kalyanikutty Amma. In 1972, she founded the “NRITYALAYA”.

Kalmandalam Saraswathy has performed all over India. Her powerful Abhinaya and precision in Nritya has brought in praise art lovers in general and fastidious critics in particular. Under her conception “NRITYALAYA” has grown in strength and has produced some beautiful group presentations. These include dance presentations based on epoch-making social reformist Malayalam poet Kumaran Asan’s “Chintavishtayaya Seetha”, Mahakavi Kalidasa’s “Ritusamharam” and many others such as “Sivaleela”, “Pancharatnam”, “Dashavataram”, “Narthana Ganapathy”.

Kalamandalam Saraswathy received the Kerala Sangeetha Nataka Academy award for Bharatanatyam in 1983. In 2000 she was awarded The Rotary Award for Professional Excellence. She was among the artists honoured by the Kerala Kalamandalam during the Golden Jubilee of the institution.