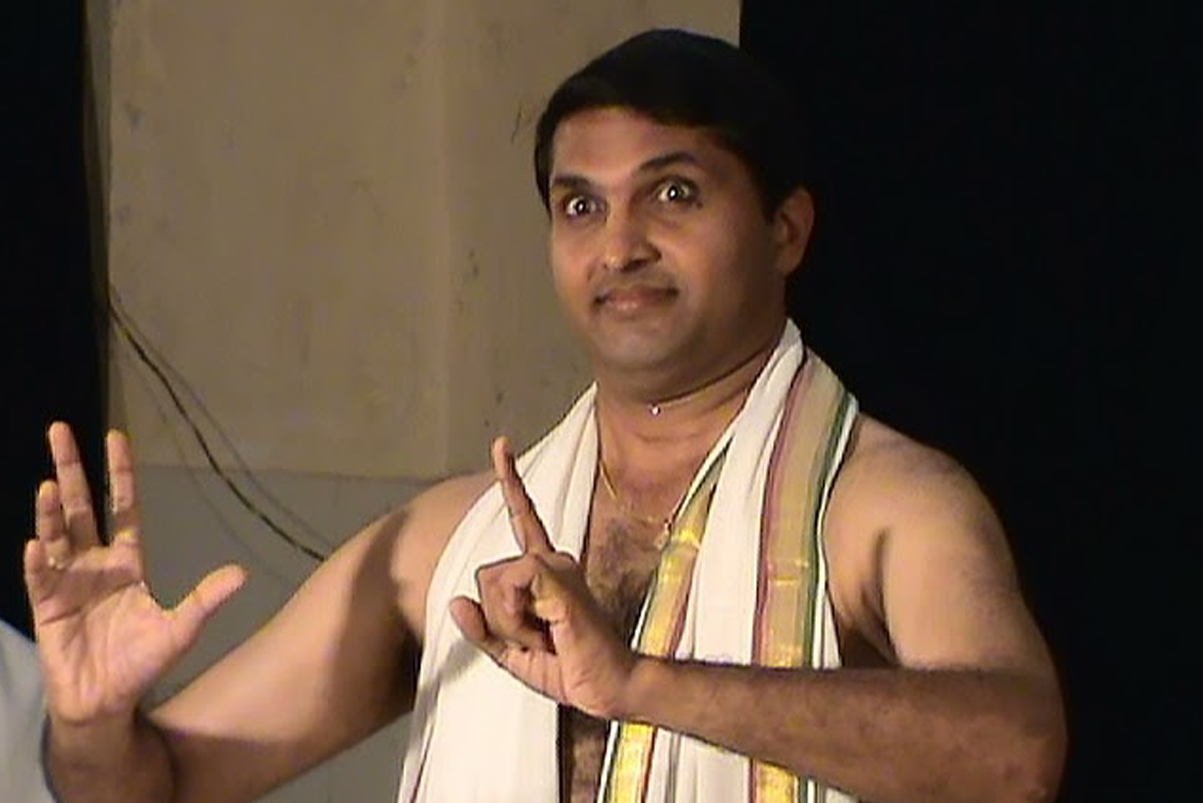 Ettumanoor P Kannan was born on 25th March 1968, as the son of T S Parameswaran Moothathu and Ammini P Moothathu. He is one of the prominent Kathakali artists of the younger generation, and has made his mark in theatrical experiments in Kathakali.

His training spanned a long period, initially under Kalanilayam Mohankumar, and then under Kalamandalam Vasu Pisharody. He also underwent training under the celebrated Koodiyattam artist, Mani Madhava Chakyar.

Kannan mainly handles Pacha and Kathi characters, Pacha being his forte. He is a deep thinker about the theatrical aspects of Kathakali, and has brought out thoughtful experiments in Kathakali, as well as in other theatre forms. The stylistic enactment of the verses of Bhagavad Geeta, and innovations in Rugmangada Charitham Kathakali are recent demonstrations of this.

He is also equally equipped as a researcher/trainer who works in International Centre for Kerala Studies, University of Kerala as a field researcher. He is the Artistic director of Abhinavam School of Theatre Expressions, Centre for Research and Training in Kathakali, Thriruvananthapuram, Kerala. He presents lectures and demonstrations throughout the year in different parts of India and has conducted hand gesture language workshops for theatre goers.