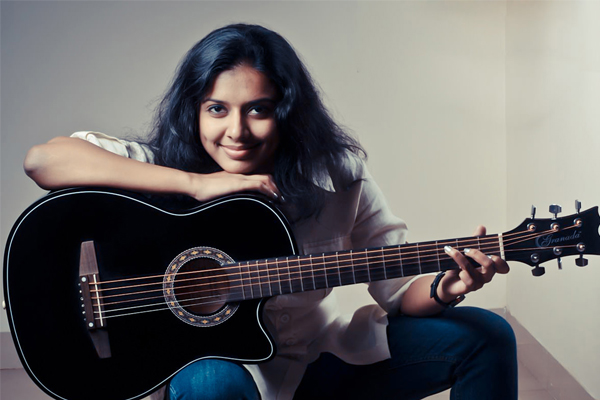 Sithara Krishnakumar, popularly known by her first name Sithara, is an acclaimed Playback singer and a known Ghazal singer. A graded artiste of All India Radio, she is making her presence felt in the music industry following a string of successes in musical talent shows. She has rendered her voice to over 300 film songs in Malayalam, Tamil, Telugu and Kannada languages. A singer who respects and takes her profession seriously, she likes to learn and experiment with folk and fusion genres of music. Moreover, Sithara is a trained classical dancer.

Born in Kozhikode, into a family of musical tradition, Sithara showed a keen interest in music from a very early age. Her parents spotted her talent and decided to nurture her skills. She was introduced to Sri Ramanattukara Sathish and Pala C.K Ramachandran who initially trained her in Carnatic classical music. She got trained in Classical dance by Kalamandalam Vinodini. Later on, Sithara started her formal training in Hindustani music under Ustad Fiyaz Khan, which she is still pursuing.

Her multifaceted talents has never gone unnoticed. She was honoured with the ‘Kalathilakam’ title for two consecutive years while she was a graduate student at Calicut University.

Presently, Sithara is residing at Aluva married to Dr. M Sajish, a Clinical Cardiologist. A very supportive family, caring friends, constantly guiding teachers and a strong will to learn and perfect the medium keeps her focused and motivated.

[siteorigin_widget class=”WP_Widget_Media_Video”][/siteorigin_widget]
ContactFor concert bookings , recordings and other related enquiries, write to us at : [email protected]