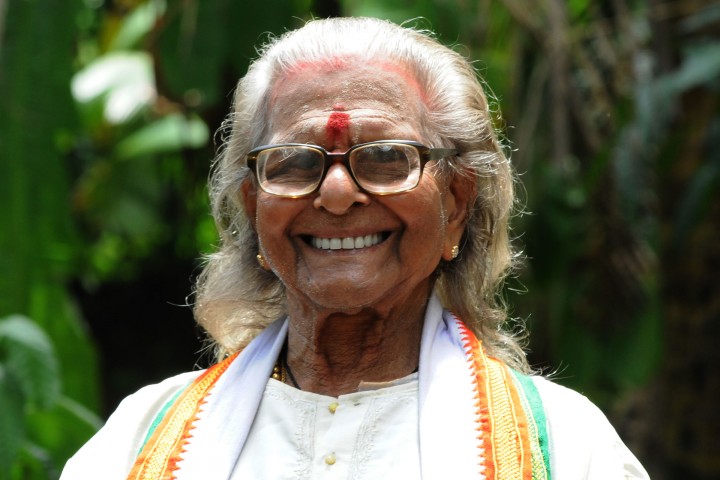 Still in search of words to define this great maestro. Kathakali, a unique dance-drama of Kerala, had its origin in the sixteenth century. For Chemancheri Kunhiraman Nair this relentless journey started at the age of 15, when he left his home to join a Kathakali troupe run by Guru Karunakara Menon. In the hands of this disciplinarian-mentor, his talents were nourished to completion.

After years of practice and hard work, he founded Bharatiya Natyakalalayam in 1945, which was the first school of dance in north Kerala. But he was not satisfied with this, so he started several other dance schools including Pookkad Kalalayam in 1974 and later in 1983 he established “Cheliya Kathakali Vidyalayam” in his native Cheliya village, about 30 km from Kozhikode. The institution conducts courses on different aspects of Kathakali and has a full-fledged Kathakali troupe. Age is never a limitation to this great Artist. Already on his centenary , he still have the guts to entice the spectators with his unexplainable master performance.The well famous and admired role (Vesham) played by him is the role of Lord Krishna. He owns a unique style of performance that blends Styles of North & South Kerala and even incorporates elements from other dance forms like Bharathnatyam.

The word “Guru” (Means Teacher) is what we Keralites would love to call him. It is not that he taught “Kathakali” to people all over Kerala, but he have taught a way of life . A way of life that carries passion for art , which is even beyond physical or social limitations. Chemancheri Kunhiraman Nair, a veteran in the art form of Kathakali, has recently added the honourable “Padmashree” into the lists of awards and recognitions possessed by him.

Padmasree by Government of India in 2017

A legend beyond words is what he is, in short.