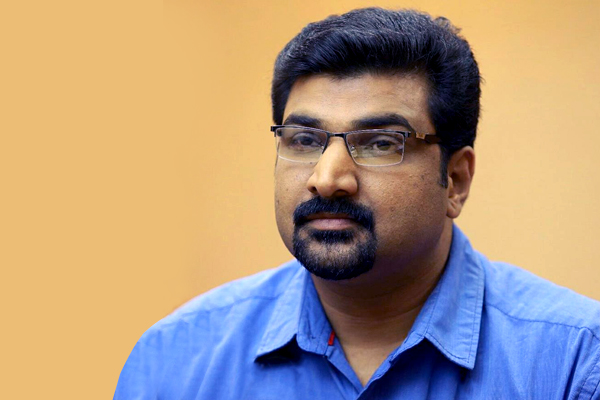 Sajeesh S. Nair is an artist who has been performing different roles like Actor, Script Writer, Director etc, in different media like Drama, Tele film, Short Film and Cinema, for last 20 years. Sajeesh is a permanent participant in the artistic circles.

He was born on 20 May 1978 to A K Sukumaran Nair and Vijayalakshmi, at Kavanur in Malappuram district and now residing at Thodayam, Thiruvali. Desire and solicitude for acting lead him to script writing and direction. At present, he is working as a chemist at QCDL, KWA, Malppuram.

He had scripted 14 Dramas and directed 8. Moreover, Sajeesh had acted in 24 Dramas too. At present, he is performing a solo show named ‘Vishappu’ in which he himself does Scrip, Direction, Presentation and Makeup.

He worked as a Script writer and Director in 10 Short Films and acted in 7 Short films. He worked in One Tele film too. He played the role of Dr. Sreekanth in the film named ‘Stethoscope’ directed by Suresh Iringallur. Problems faced by the doctors  is the main theme of the film.