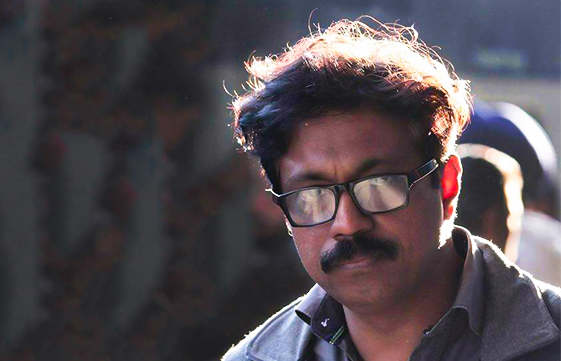 Active in Painting and Sculptural filed. For the past two years he have been working in the field of Illustration too. He marked his place in script writing and direction through a short film named ‘Yes Marx you are Right’.

He was born on 30 May 1968 as son of Kunjiraman and Ramavati. He was educated at Orkkattery Government High School and MGG College Mahe. His father Kunjiraman is an artist, and through his support and guidance, Prabha Kumar entered in the field of art. Later, He accepted discipline from Ananthan Master and Karunan Master at Thalasseri School of Arts, Prohera Gounder at Mysore University.