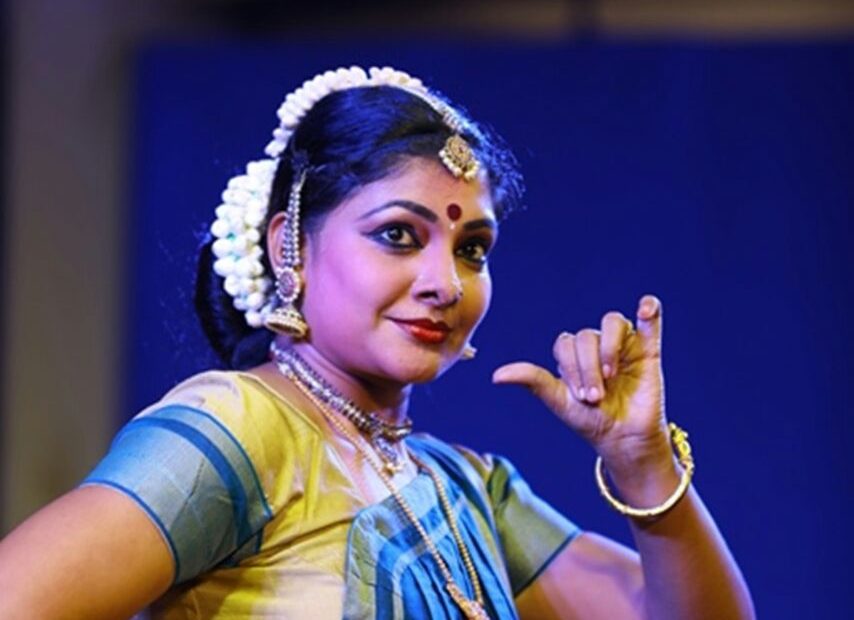 Kalathilakam Aparna K Sharma known for her adept style of pure nritta, mastery in rhythm and knowledge in music hails from a traditional Namboodiri family of Kerala. She is the Director of Layahari School of Dance and Music in Guruvayur, Kerala.

Based on the precepts of Natyasasthra, Aparna has carved her own niche in the world of dance ranging from Bharatanatyam, Kuchipudi, Mohinitattam, Kerala Natanam and Contemporary form. Her literary talents were ignited by her own parents K.S. Sarman and Geetha Sarman. Later at the age of ten, her real talent in dance was discovered and blossomed by Sri R.L.V. Anand, a performing artist and master in dance. Her talent in music scaled new heights under Sri Vayala Rajendran of Kalamandalam, Sri Guruvayoor Venkiteswaran and Sri V.R. Dileep Kumar, a well-known musician in South India. She has now much acclaim to her credit. Showing her thirst for greater knowledge in dance, she pursued Bachelors and Masters in Bharatanatyam and plans to do a Ph.D. in ‘Dance Music Pertaining to Bharatanatyam’ to explore her strength of being a musician and dancer.

Aparna has been the District Kalathilakam from her 5th standard onwards to the admission to her Degree course in Sree Sankaracharya Sanskrit University, Kalady. She won the State Kalathilakam Award in the year 2000 at the State Youth Festival held at Palakkad, Kerala. She also won the State over-all champion in the Keralotsav held by the State Youth Welfare Board, Govt. of Kerala. At the National Youth Festival held at Jamshedpur, Jharkhand in 2003, Aparna was the National winner in Kuchipudi. She was University Kalathilakam at Kalady Shankaracharya University, Kerala.

Aparna K. Sharma, a recipient of CCRT Scholarship of Govt. of India in Bharatanatyam till March 2006, had the fortune of working with Dr. Ananda Shankar Jayant of Hyderabad in her several productions.

Aparna also travelled with her to Brazil and Liechtenstein in 2011 and continues to be associated with her. She has also been part of Guru. Narendra Kumar’s team. She has been conferred with the prestigious Prem Nazir and Mayilpeeli Awards.

Aparna is a dancer, guru and choreographer instilling a challenge and spirit in the audience in every performance of her. Her dedication and unsullied devotion to Bharatanatyam has fetched her laurels such as ‘Balasaraswati’ award from the Sri Ragam Fine arts Chennai in 2012 and she is Member of the Council for International Dances, UNESCO, Paris. Aparna’s career started at the age of 5 has led to more than 550 performances to her credit so far. Ramayana, Aghanashini and Layahari have been some of her well known productions. She is ably supported by her husband Dr. Nanda Kishor and daughter Bhakti Hiranmayi in realizing new heights in the world of dance.