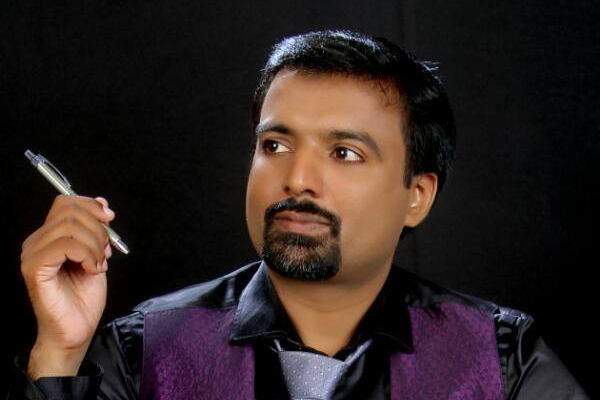 Mentalism, is a performing art, in which the behavior and thoughts of people are critically learned. Mentalism is a new thing to Malayali. The film named ‘Pretham’ made it popular. But, even much before it, Preeth from Azhikode has started reading the mind of Malayali.

Born on 1982 May 30, as the son of K Prabhakaran and A Bhanumathi. Earned Diploma in Electronics. Preeth was interested in magic since his childhood. As mentalism has got less importance in India, Preeth used to follow Foreign Shows and Books. He began practicing mentalism along with magic. He is concentrating on Mentalism since 2014.

Fastest Mind Reader of India – By India Book of Records

Predicted winners and score of FIFA World Cup Russia 2018, before the beginning of quarterfinals.

Predicted titles of six newspapers at the day of result announcement of Public Elections, 2014, before 15 days.

Led Blindfolded Bike rally, against the poor condition of roads in Kannur,  in association with Kerala Shasthra Sahithya Parishath.

Using Mentalism against the blind beliefs.